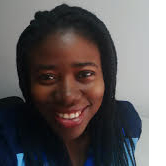 In recent years there has been a movement to call attention to the widespread use of ableist language. If you don’t know, ableist language is any word or phrase that intentionally or inadvertently targets an individual with a disability. So using words like crazy, idiot, lame etc. to describe someone is ableist.

Some people think that highlighting the use of language that most of us casually and innocently have deployed since we could speak, is policing language, or ‘political correctness gone mad’. However, this movement did not spring from nowhere. It has a purpose which keenly affects people with mental disorders and mental disabilities. For the purpose of this blog we will be exploring ableist language, which has roots in mental disabilities.

The Mental Health Classification Act of 1913 classified individuals with varying states of mental disabilities into four categories: Idiots, Imbeciles, Feeble-minded and Moral Imbeciles. So the insults which we use today (up until the introduction of the Mental Health Act of 1959) were used to describe people who were more vulnerable than you and I.

Let me explain with a little story. I grew up in Nigeria where having a domestic help is the norm. I remember when I was younger, my brother and I were in a mild argument. At that time, we had a domestic worker — a young lady called Ekaete (Eh-kah-ee-tay). My mum was passing by when she heard my brother refer to me as Ekaete. She was livid. She knew he intended it as an insult, because domestic workers are looked down on. She couldn’t condone his use of ‘Ekaete’ as a euphemism for domestic workers, or a lowly person. It hurt and demeaned Ekaete and the domestic help profession.

In the same way, terms which were mental classifications should not be used as insults. When you refer to someone as an idiot or imbecile, you’re saying that some of the most vulnerable people in our society, people who were born that way or have absolutely no control over their condition, are less than you.

I will, in short blog posts, explore the terminology used to describe the mentally ill or disabled. Comb through classifications and the use of the terminology in law, pop culture, literature and the wider world. Delve into the archives of the Glenside Museum and bring you stories of people who were officially referred to by these terms.

Look out for the next blog post on ‘moron’ by Jill Achineku.