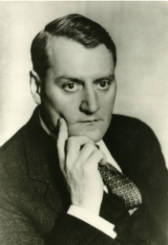 William Allen was born in Pucklechurch Bristol and emigrated to Canada in 1911. In 1916 he enlisted in the Canadian Expeditionary Force,  many of whom were British born.

He enlisted in the 65th Overseas Battalion in January 1916. He was wounded in 1916 and arrived at Beaufort on the 7th November. He had sustained an injury to his left arm which had to be amputated in France. He also had head wounds and shrapnel lodged in his skull. At Beaufort his arm was operated on again. This injury put Allen out of the army; he was discharged in August 1917 and returned to Canada.

After the First World War he married Gwendolen Maud Woodward in 1936. With a degree from the University of Saskatchewan and a PhD from Harvard and Cornell he founded the Department of Farm Management at Saskatchewan where he worked until his resignation in 1938.

He enlisted again in the Second World War and was listed as missing, presumed dead when the steam ship Nerissaa which he was travelling on, was torpedoed on 3rd May 1940.