We have a special exhibition about Glenside Hospital’s First World War History as part of Bristol Cathedral’s First World War centenary commemoration ‘We Have Our Lives’. The exhibition reminds us of the enormity of the task Bristol’s population faced as the wounded arrived in their hundreds by train into Temple Meads. Admission to the Cathedral and the exhibition on display until the end of the year is free.

The focus is the museum’s collection of postcards, which show the wounded soldiers and staff. 100 years ago It was decided that Bristol’s lunatic asylum should be converted into a military hospital and from 1915-19, it became Beaufort War Hospital; made famous through the paintings of Sir Stanley Spencer who worked there as a medical orderly.

‘Immediately you want to know who they were and what happened to them. Although all the
photographs are black and white, you can imagine the pink-grey building, the green lawns,
the red crosses and men wearing the special bright blue flannel uniforms. Uncovering their
stories you discover people are emotionally and physically disabled, divided and united by war.’
Stella Man, Curator, Glenside Hospital Museum
The exhibition is designed to reflect the dilemmas presented by war. Stanley Spencer wrote in 1915: ‘I had to scrub out the Asylum Church. It was a splendid test of my feelings about this war. But I still feel the necessity of this war…’ Would your feelings about war echo Spencer’
Visit this thought-provoking display at Bristol Cathedral from the 22nd September to 31st 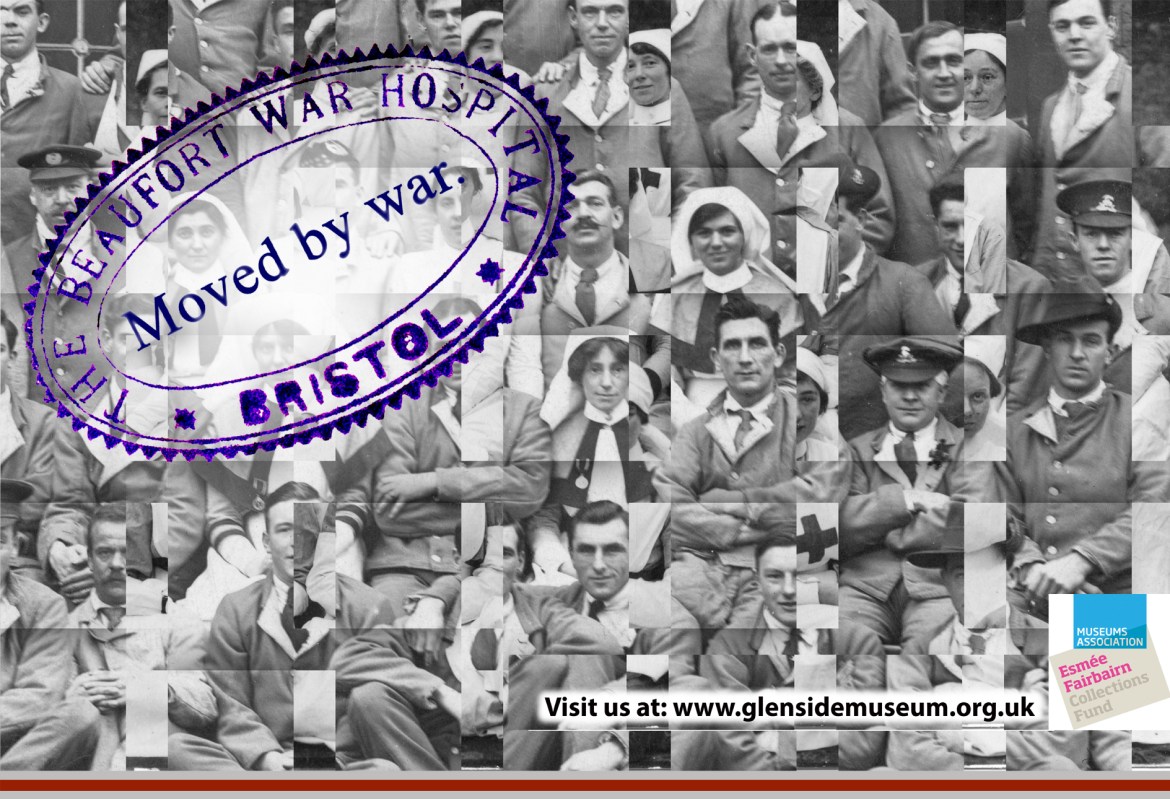