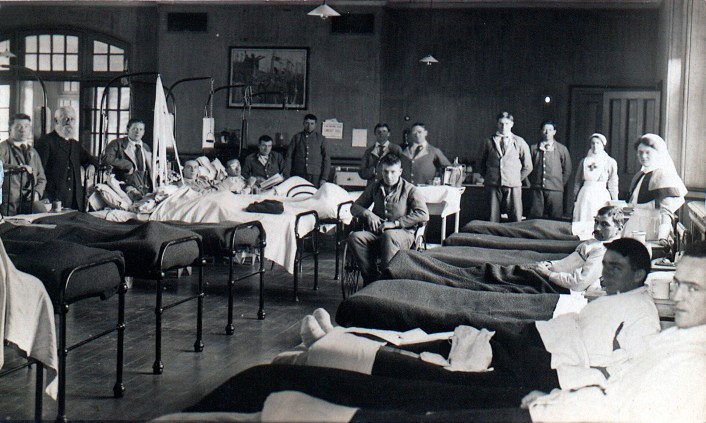 The National Lottery Heritage Fund have supporting us to produce an activity learning package for schools and other organisations to hire, using our handling collection which includes the Hot Water Bottle. 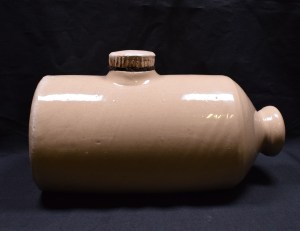 Most of us have a hot water bottle somewhere in the house and this object is an early 1800s version of just that! These water bottles or ‘bed warmers’ were made of ceramic and were necessary though bulky and heavy even before they were filled with water.

Keeping a patient warm is important because being cold means:

The Beaufort War Hospital would have been difficult to keep warm. Stanley Spencer and other orderlies would have helped provide hot water bottles to heat the beds of injured First World War soldiers.

Like these two soldiers, many patients at Beaufort were bedbound and in need of being kept warm. Laidlaw Oswald Marriage was wounded in action 16th October 1917 and admitted to Beaufort War Hospital with a gunshot wound to his right leg. Three days later his leg was amputated. He was discharged to another hospital on the 18th February 1918 before returning home. Vincent Daniel Allford, from Camberwell, London was 27 years old when he enlisted in 1915. He was mobilised in 1916 and wounded by a bullet in the leg in France and admitted to Beaufort in 1917. He was discharged from hospital a year later.

Both of these men were declared no longer fit for military service. 1.65 million men in the British army during the First World War were wounded and would have needed medical care. Beaufort War Hospital cared for 29,434 of those soldiers.