When most of us think of soldiers, we are automatically drawn to the image of a typical soldier in uniform with a gun and helmet. But this wasn’t always the case. At the outbreak of First World War, in 1914, there were no helmets. Soldiers of most nations went into battle wearing cloth, felt or leather headgear, which offered no protection.

Could you imagine not even wearing a helmet when you ride a motorbike? Imagine the injuries you could obtain.

Now think of what that would be like if you were up against artillery fire, grenades, and flying debris!

Due to the huge numbers of fatal head wounds early in the First World War, it led to the introduction of the first steel helmets in the summer of 1915. The most famous one was the Brodie Helmet, as pictured, which was patented in London by John Leopold Brodie.

Brodie was so confident of his invention that he wore the helmet and allowed himself to be hit over the head with a steel bar and shot at by government examiners with a 45-calibre revolver.

And he had every right to be proud because his invention reduced head injuries by 75%! 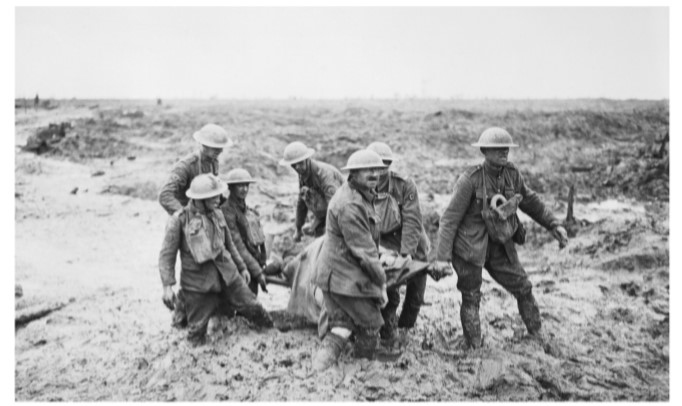 Colloquially in Britain, it held a variety of names- these include:

In the US it was also known as:

Even in Germany it was known as the Salatschussel (Salad bowl)!

Can you think of a name for the Brodie Helmet?

The National Lottery Heritage Fund have supporting us to produce an activity learning package for schools and other organisations to hire, using our handling collection which includes Monkey Brand Soap, the Red Cross Arm Band, Brodie Helmet and the Hot Water Bottle.