Our publications are sold through our shop at the museum and through Amazon. 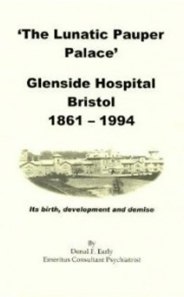 A History of the Bristol Lunatic Asylum which became Beaufort War Hospital during the first world war and then Glenside Psychiatric Hospital.

Written by Dr Donal Early who was a doctor there from 1944 and founded the unique Museum for Glenside. 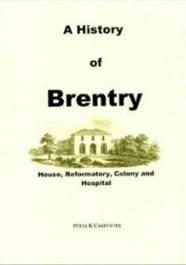 A History of Brentry House, Reformatory, Colony and Hospital by Peter K Carpenter

The National Institutions for Persons 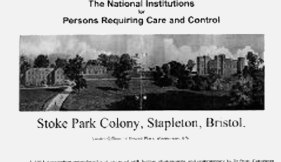 In the museum there are also a number of A5 booklets

written by researchers and produced by Glenside Hospital Museum.

We can post these Booklets to you for £2.00 plus postage:

The Development of Mental Health Nursing, by Monica E. Baly, The Mendip Hospital, by Dougal Duncan.

History of Stoke Park Hospital, a report by the Bristol Observer, March 1st 1913, an anthology of historical records including research by late Dr J. Jancar. Edited by Julius A. Herrstein.