In the 80s and 90s, a very common complaint about psychiatric hospitals was that many patients were admitted numerous times; this was called the ‘revolving door problem’.  It was claimed the hospital was not curing patients and this system fostered dependency.

The ward where I worked had a system where vulnerable people who had been admitted previously could just ring the ward and have one of our ‘crisis on demand’ beds. This arrangement in my opinion worked very well and prevented a number of suicides. It was discontinued and getting any emergency mental health treatment today is virtually impossible.

When studying the five thousand plus patients who were treated at the Bristol Asylum I found fewer re-admissions than during my days as a nurse, but I have found several examples of re-admissions during my recent research into the Edwardian era (1900-1915). I examined their cases to see if they were helped by the asylum.

Harriet Nowland, the first female patient to be diagnosed using the new medically coding system in 1907 as described in the previous article was one such patient. 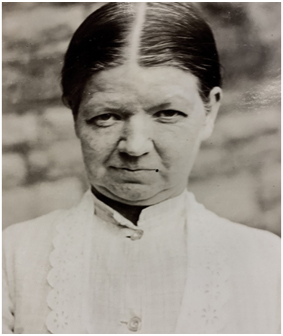 She came from a well-known family; her sister, daughter and niece were all treated for mental health problems. The asylum described her family as ‘notoriously neurotic’, (BRO 40513/C/3/12 p. 13`). Many members of the family including Harriet often drank heavily.  She had given birth to ten children and nine survived into adulthood. Interestingly in 1911, aged 64 she still had seven children living with her and despite the ‘neurotic’ family history most of her children seemed to have fairly good jobs working in various factories. In the aetiological section of the medical register they could find no causes for her illness.

When Harriet was first admitted, she was diagnosed as having ‘mania’.  Generally her admissions stuck to this diagnosis and once the medical coding had started in 1907 she was termed II 8c which is recurrent mania. All this seems reasonable until you look at the medical notes, despite being coded as suffering from mania, in her ‘form of Insanity’ section the notes state she suffered from melancholia, and her symptoms  described as not responding to questions and having to be dressed by others does suggest she was depressed,( BRO 40513/C/3/19 p. 171).

On her next admission in 1908 the coding again states recurrent mania as the diagnosis but written next to the code it still states ‘melancholia’,( BRO 40513/R/6/7). This all suggests how inexact the medical coding can be.

If she had been born later maybe she would have been termed ‘bipolar’. 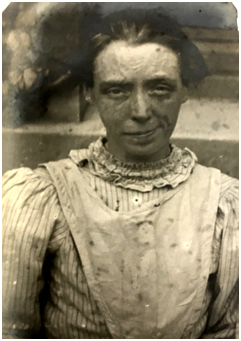 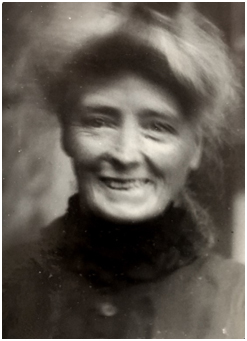 Another patient who was admitted several times was Florence Emma Allen. She was first admitted in June 1899 aged 37. Her notes suggest she was quite deluded; she claimed to be Queen Alexandria and was described as ‘wild and excited’, (BRO 40513/C/3/14 p. 101). On the first admission she was very thin and had not been eating. Her diagnosis was mania. She had four admissions over the next 14 years mostly quite short except for the long stay of four years between 1904 and 1908. Her delusions did not last. She recovered after each admission. She was the eldest of seven children and when younger was a nurse but on her last admission is listed as ‘no occupation’.

In terms of the new medical coding introduced in 1907, Harriet and Florence were listed as 11 8c, which is recurrent mania. This seems potentially accurate for Florence, but Harriet on her later admissions was apathetic – not eating and mute – not the symptoms of someone who is manic. In terms of the cause of their conditions the medics basically had no idea or cure, listing them as N which is ‘no factor assignable’.

Sometimes the causes of mental ill-health seems discernible be it bereavement, poverty, abuse, marital breakdown etc., but often then, as now, the causes remain elusive. And as Harriet and Florence had several admissions it could be said that their time in the asylum was a failure because they kept coming back, but this seems to me to be a lack of understanding of our mental health. As with physical health there are periods when our health is more robust than others during our life. They probably had a condition that then (as now) had no cure but was cyclical. So the asylum’s ‘revolving door’ provided a safe haven for them and much needed respite for their families.