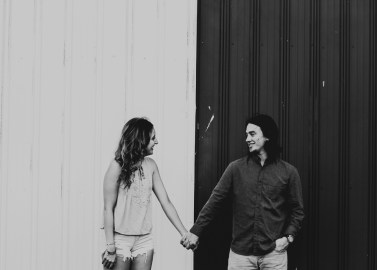 Being laid up in bed for the last week with what my wife is determined to label as ‘manflu’ I have had lots of time to think and have considered the question why do research on Bristol’s Victorian psychiatric hospital and does it do any good. Does Glenside Hospital Museum do any good? Of course, that is flippant and one person’s good is another’s Donald Trump. However, I think we can examine our motives and actions to consider whether these are likely to lead to enlightenment or confirmation of existing bigoted or unhelpful beliefs. It seems to me that the answer to this lies with the idea of ‘the other’.

The idea of ‘otherness’ is central to the sociological analysis of how group identities are constructed. Writers such as Zygmunt Bauman have shown, we shore up our own group identity by creating ‘the other’ in opposition to it. Woman is ‘the other’ of man, foreigner is ‘the other’ of native and the insane are ‘the other’ of the sane. This cements the group identity but does so by discrimination that can lead to prejudice, bias, and intolerance of ‘the other’ groups. Thus the question for the Museum in general and myself in particular as I try to understand mental health treatment through the patient’s records is, are we creating and confirming ‘otherness’ or are we diminishing the dichotomy by examining similarities and promoting difference?

It is relatively easy to find what we have in common with people who have a mental illness. Most of us have felt low or had anxiety symptoms, so we are able to empathise with people who have similar but more severe symptoms. These people are not ‘other’ but us if things were a bit worse. Then there are the people the tabloids tell us to fear: the schizophrenics, the insane, the lunatics, the psychotic. These are ‘the other’ and they serve to assert our own superiority of reason. Patients from the asylum’s past, where we perceive society saw a need to confine, could seem even more distant from our experiences. John Longman, the subject of one of my previous blogs, experienced aural and visual hallucinations of what he termed ‘millennial angels’.  The last 36 years of his life were spent in the asylum tormented by his delusions. His experiences are completely different from our own. We don’t hear voices, we are not residents of an institution and we do not live in the nineteenth century. His story is I think important because his writing articulated his very different experience. Feeling sorry for him is easy but more important his writing can help us to understand his experiences, thus providing a vision of humanity that accepts and promotes difference.

If we reduce the residents of our asylum to a single entity of ‘otherness’ we belittle them. They differed by class, gender, education, religion and their symptoms. The latter varied enormously from thinking you had a clock in your brain to the effects of epilepsy, from alcohol-induced delirium tremens to depression so profound life seemed not worth living. Seeing how different their lives were from our own is what makes the Museum interesting; however, they are not to be seen as ‘other’. But to refute this ‘otherness’ requires an attitude of acceptance. It has been encouraging that in recent years more and more people have wanted to find out about their relatives who were patients. Their stories are often sad but the relatives accept them as part of their family history. They are we and we are they.

We live in times where the politics of hate are being inflamed. Hopefully, the Museum promotes the opposite by providing a glimpse into the lives of the patients, and the role the asylum played as a place of refuge.