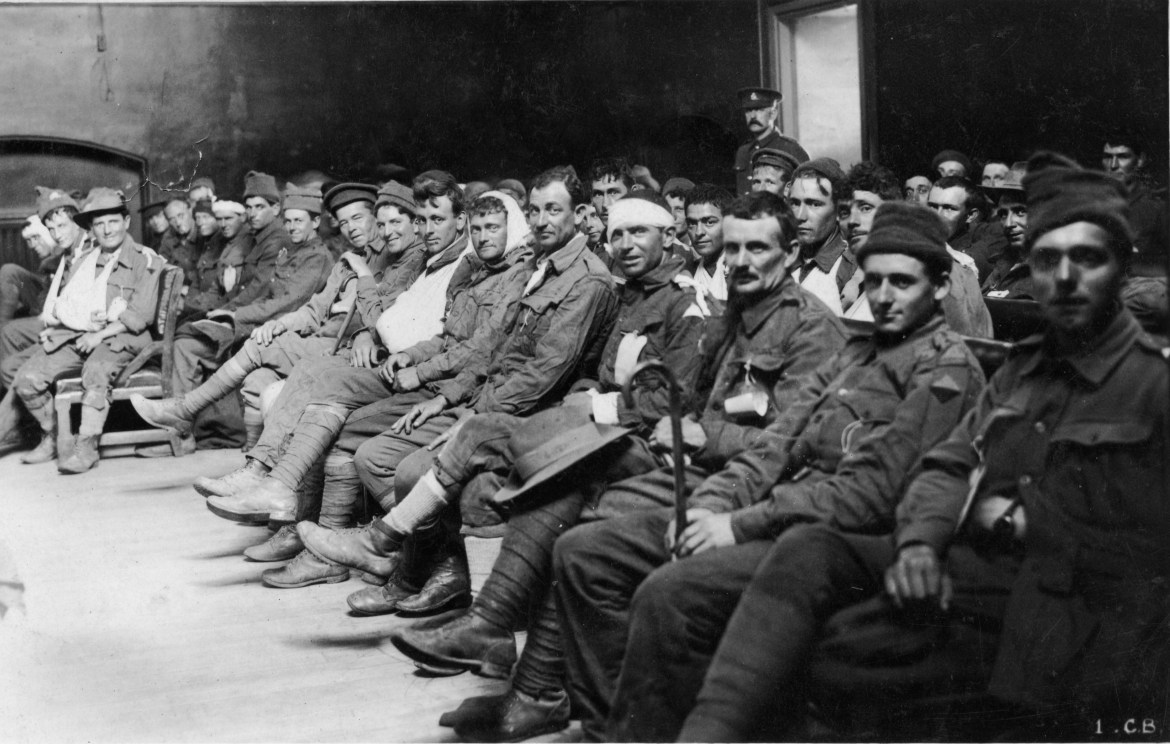 A newly arrived convoy from The Dardanelles

We found the short story of John Bishop online. He was born in Hampshire in 1895 and employed in his father’s boot and shoe business in Chichester. He enlisted in the Sussex Territorials in February 1913 and volunteered for Foreign Service in August 1914. He served in Gallipoli until September 1915 when he was wounded and spent five months at the Beaufort. He rejoined his unit in Egypt in June 1916 and served with them in Palestine- he was killed in action at Gaza on the 26th March 1917. He is commemorated on the Jerusalem Memorial.
Research by David O’Mara, Croonaert Research Services.
On the roll of Honour, Volume 111 De Ruvigny (Forces War Records) we found the following:
The Chaplain wrote:
The Battalion made a magnificent advance under very heavy fire and captured a ridge over looking Gaza. We dug in on the top and held it all the afternoon and evening. One of the Generals said he had never seen a finer bit of work and the whole battalion was congratulated