Admissions of children aged 11 to 16

As the age of those admitted increases there are profound differences. To be able to make comparisons I developed a database. The analysis shows there were more of them: twenty-three 15-year-olds and forty 16-year-olds. Their chances of recovery improved with age; 46% of those aged 15 or 16 made a full recovery. Just 12% of 16-year-olds were classed as idiots, mania was the dominant diagnosis, with epilepsy still a common problem but it was about half the rate of the under-11s.

The differences and similarities between these older children and their younger counterparts is best illustrated by their individual stories. 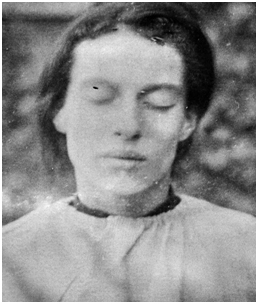 Elizabeth Nelmes was 16 when admitted to the asylum in 1896. She lived in Rosemary Street, then a very poor area but now part of the Broadmead shopping centre. On admission she was described as ‘incoherent, exited, voluble and had many delusions’. Her diagnosis was mania. She was very thin, weighing six and a half stones and was refusing any food. She lost another stone in weight.

Eating disorders are not just a modern phenomenon.

As was quite common with patients who refused to eat and were dangerously thin, she was fed with a gastric tube. This still happens occasionally today and the rationale for this practice is that when a person is dangerously underweight their brain does not work properly so they are unable to make informed decisions. In Elizabeth’s case it seemed to work and two weeks later she was described as ‘eating well’ and her weight had increased by several pounds. She began working in the laundry and a few weeks later was discharged (Admission book BRO 40513/C/3/13, 54).

Lewis Bullock was a 16-year-old errand boy whose family could not control him. He arrived at the asylum ‘noisy, restless, kicking and spitting’. His speech was unintelligible and he regularly harmed himself by hitting his head against a wall. On one occasion he tried to strangle himself. 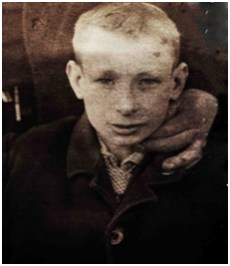 (Photograph of Lewis Bullock on admission) 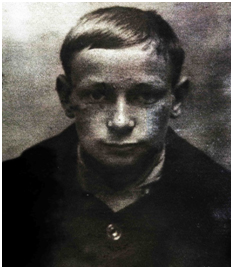 (Photograph of Lewis Bullock on discharge)

He gradually calmed and was discharged six months after admission. In most respects he looks no different in his discharge photograph, except that in the first photograph there is a hand on his shoulder perhaps to ensure he stayed still and in the later photograph no hand is needed (Admission book BRO 40513/C/2/10, 114). He seems to have remained well and six years later, in 1901, he was living with his parents and his occupation was listed as painter (1901 census, Ancestry, http://search.ancestry.co.uk/search/db.aspx?dbid=7814).