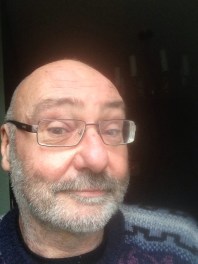 This blog starts with the lives and experiences of people who suffered from mental health problems from 1861 to 1900 at the Bristol Lunatic Asylum, which later became Glenside Hospital. It will be run by Glenside Hospital Museum and myself, Paul Tobia.

Initially it will be based on my research studies, which included many days spent at the Bristol Records Office where the patient records are kept, and my own experiences working at Glenside in the 1980s. It will include individual stories, some highlighting particular issues, such as epilepsy or the use of seclusion.

I would like to include reminiscences by others about the hospital in more recent times and would welcome contributions about other mental health sites in the Bristol area.

Any feedback via the Museum’s website or in person at the Museum will be very welcome.

We begin with the story of John Longman, born in 1840. His case is particularly interesting because we have letters, poems and accounts that he wrote about his illness. His evocative descriptions tell us more about what it was like to have a serious mental condition than the accounts written by the doctors. This poem seems to be an account of what he actually sees:

Very few patients wrote about their symptoms but John wrote about them in a piece entitled ‘My Delusions’. The title suggests that he accepted that what he saw was not real or perhaps it was a way to appease the doctors. The fact that his writings were kept in the medical notes suggests that the doctors were interested in his writings. He lists seven numbered delusions; one ‘a supernatural voice spoke to my neighbour of arsenic, I supposed the voice to be that of a man’.(Admission Book BRO 40513/C/3/5)

The last entry is more difficult to understand:

A supernatural sound as of rattling a box cover on box and dropping of a rod on bedroom floor, I supposing the sound was natural. I suppose both        poisons were for me and the charge of the gun to shoot me and the pistol snaps a trial to do so.

These are clearly the thoughts of a very disturbed man. In a rather poetic way he has described a man expecting to die either from poisoning or shooting. Throughout his time in the asylum he seems to have had these visions which were both visual and audible.

In 1896 it was written in the notes ‘he still sees visions’ and again in 1903 ‘he writes the most ridiculous verses about millennial angels and draws indecent pictures’. There is no evidence that John made any friends in the Asylum and in a letter to a friend he wrote, ‘I am staying with a company of men that speak and dance like devil’,(Letter in Admission book BRO 40513/C/3/5). It seems his illness affected his relationships and during a visit from his wife he had to be removed from the visitors’ room because of his foul language. He told the staff his wife was a whoremonger. (Admission book BRO 40513/C/3/5, p. 96, 11 July 1877).

He then wrote to his wife and claimed that the child she brought with her was not his but that of a man called Dowling and that she was pregnant with another child by the same man. However, he ends the letter with a plea for her to visit him again. (Letter in notes dated 31 July 1877, Admission Book BRO 40513/C/3/5.)There is no way to know if there was any truth to his allegations but he constantly misinterprets events and people’s actions and from these misinterpretations his mind devises paranoid conspiracies against him.

John Longman was one of thirteen children and his early life was spent in Manhill, a village in Dorset. He learnt to read and write and was a Methodist. He became a stonemason and in March 1862 he married Charlotte. They had six healthy children and in about 1870 moved to Bristol. (Bristol Censuses for 1861 and 1871).Thus far a fairly ordinary life, neither rich nor poor, with no history of mental problems in his family. In the autumn of 1876 he began to change; he became irritable, his sleep became erratic and he found it difficult to work. He communicated less with his family and when he did talk it often seemed incomprehensible with references to God and the Devil. His condition deteriorated and he stopped work completely, which must have been difficult for Charlotte as they had six children to feed. The exact circumstances surrounding his admission are unclear but his family may have gone to the Poor Law authorities.

John arrived at the Asylum at 3.10 pm on 13 December 1876. On admission he was described as ‘very excited’ and told the doctor he had seen the Devil who was driven away by two angels. (Admission book BRO 40513/C/3/5.) He was thirty-six and he was to spend another thirty-six years in the asylum until his death in 1912.

After his admission it appears that his wife could not manage all the children as three of them were looked after by friends, Charles and Ellen Bird. However by the time of the 1891 census the family (minus John) was back together again and included grandchildren. (Bristol Censuses for 1881 and 1891.)

During the first few years in the asylum, John seems to have been particularly troubled. He is often described by that favourite Victorian word ‘excited’. He talked to himself and when asked who he was talking to he replied, ‘My father’.

As the years passed he does seem to improve. There are fewer mentions of him being ‘excited’ and by 1888 he was reported as working usefully in the tailor’s and later the shoemaker’s shop. He attended the church services and the weekly dance regularly and although he continued to experience delusional voices and visions, he perhaps was less troubled by them. He began to accept both the institution and his bizarre symptoms; he had adapted to his situation.

John’s condition is, like most mental problems, difficult to determine. His diagnosis was mania and his main symptoms were delusions and hallucinations, often of a paranoid nature. Although, as G. E. Berrios has shown, if he had been admitted a few years later the diagnosis would have been of a type of psychosis. (G. E. Berrios (1987), ‘Historical aspects of psychoses: nineteenth century issues’, British Medical Bulletin, vol. 43, no. 3, pp. 484–498.)

His religion may have had an effect on the nature of his symptoms. Being labelled as insane may have been particularly difficult for a Methodist. Certainly John Wesley thought that ‘mental disorder was a form of psychic struggle in which God and the Devil battled for the psychosomatic control of the subject’. (Paul Laffey, ‘John Wesley on Insanity’, History of Psychiatry, vol. 12, no. 48, p. 477.) John certainly saw his own problems in a similar fashion. His visions often included both the Devil and angels, as did his writings:

It is difficult to know if this person existed. There may have been a stonemason working in the Asylum grounds who John perceived as an angel. He is explicit about his voices and the extract below does give us a sense of what he was experiencing:

‘I wish I could have someone to tell of the action in my head causing the visions to be heard in different sounds. The first excited voice was a voice I knew, the second were a strange voice. The first voice was to my right and the second to my left.’

With all this going on in his head, relating to others at the same time must have been very difficult.

John’s story is not a happy one; his delusions wrecked his home life and made his stay in the institution much more difficult. He was suspicious of the staff and once threatened to attack the medical superintendent for not discharging him. (Admission book, BRO 40513/C/2/5.) The institution did not cure him, but from the records left for us to read it is possible to conclude he would have found it difficult to live anywhere else.

For the documents from this blog see the Bristol Record Office: http://archives.bristol.gov.uk/
‘The Workhouse’: http://www.workhouses.org.uk/Bristol/Bristol1881.shtml
For links to many academic articles on Victorian psychiatry: http://www.lesleyahall.net/victpsyc.htm
Very useful blog, particularly for new research on the history of psychiatry: http://historypsychiatry.com/
Bethlem Hospital has a very good website and blog: http://museumofthemind.org.uk/blog