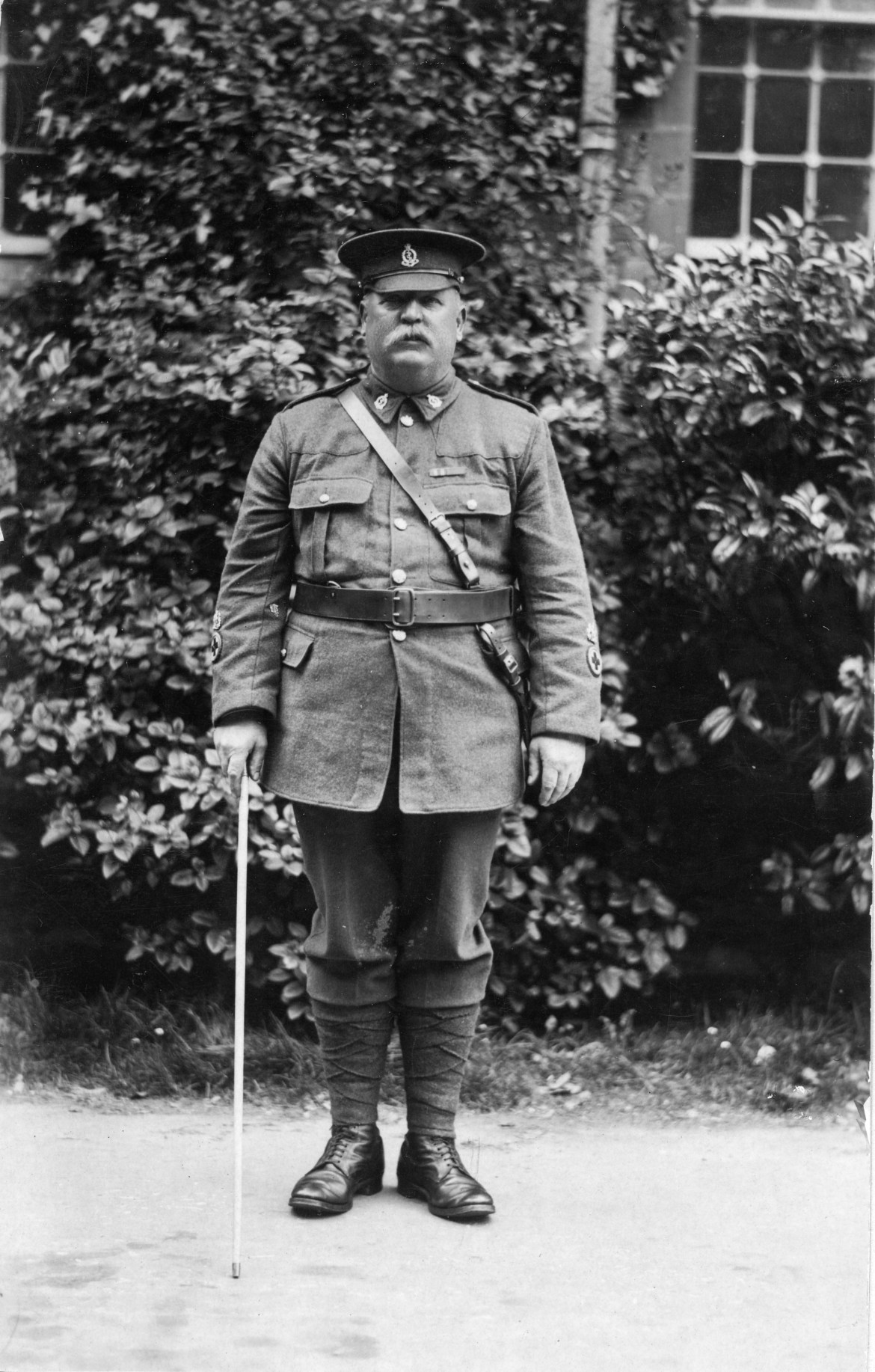 William Kench was the Head Male Nurse at the asylum. He was appointed the Regimental Sergeant Major when the asylum became Beaufort War Hospital (1915-1919). He continued to live with his wife in a cottage on Blackberry Hill, and brought his black retriever dog to work every day. Kench had been a NCO in the army in 1908 and had seen active service. A great comrade to the wounded soldiers but an authoritarian figure to the orderlies under his command, he was a significant member of staff at the hospital and appears in many a staff photograph. We have even found a drawing of him in Tommy’s ABC, (link) a children’s book produced to raise money to send parcels to the wounded by Bristol’s Red Cross. He was also keen on contributing to the concerts at the hospital as the Western Daily Press 7th August 1915 reports:
‘On Wednesday evening the R.A.M.C. staff at the Beaufort War Hospital entertained their wounded comrades, and gave a highly interesting programme of instrumental and vocal music. The concert hall was very full, and when the curtain was rung up hearty applause greeted the genial chairman, Sergeant-Major Kench. An orchestra had been rehearsing for some weeks, and the performance of the overture “La Traviata” exceeded the most sanguine expectations. Quite a furore greeted Sergeant-Major Kench with his “Toreador” song, and acceding to the popular demand, he was persuaded to sing again…’

Orderly and artist Stanley Spencer remembers him as a gigantic man ‘whose eyes paralysed me.’ Stanley observed how he walked around the grounds with his four fingers stuck into the two lower tunic pockets, the pockets owing to his fatness being kept tight closed, his fat thumbs sticking forwards.