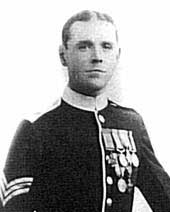 Sergeant Harry Cator was born in Drayton, Norfolk to a railway worker. He joined the British Army in September 1914 and arrived on the Western Front in June 1915 as a Sergeant in The East Surrey Regiment. At the Battle of The Somme in 1916 he was awarded the Military Medal for rescuing thirty six men from No-Man’s Land whilst under fire.
He earned his Victoria Cross and the French Croix de Guerre during the Arras Offensive. On 9th April 1917 his platoon had suffered heavy causalities; under fire Cator, with one man, advanced in the open to attack a German gun, and when his companion was killed, he went on alone. Picking up a Lewis gun and some ammunition on his way, he succeeded in reaching the enemy trench and killed the entire team. He held the end of the trench with such effect that a bombing squad were able to capture ten prisoners and five machine guns.
A few days later he was injured by an exploding shell. He had been a patient at The Beaufort, and after the presentation of the Victoria Cross, his comrades from the Beaufort congregated at the station to welcome him back. The ‘boys in blue’ carried him on their shoulders to a waiting car. On arrival at the Beaufort, the band of the 1st Battalion Bristol Volunteer Regiment assembled outside his ward (No 8) and played “See the Conquering Hero Comes”. The music was followed by a complimentary special supper. In his speech he said: “Boys, I don’t want to go back, you don’t want to go back, but if we go we’ll go back as Britishers. We are winning now, boys, and Germany knows it and we who are recently back from the front know it.”

Cator served in the Home Guard during the Second World War. He died in Norwich and is buried in Sprowston Cemetery. 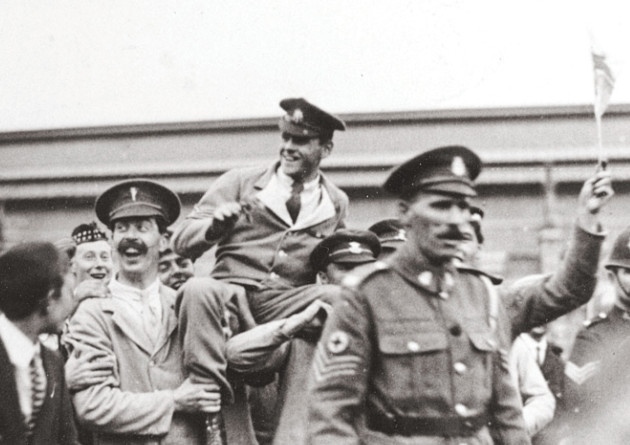