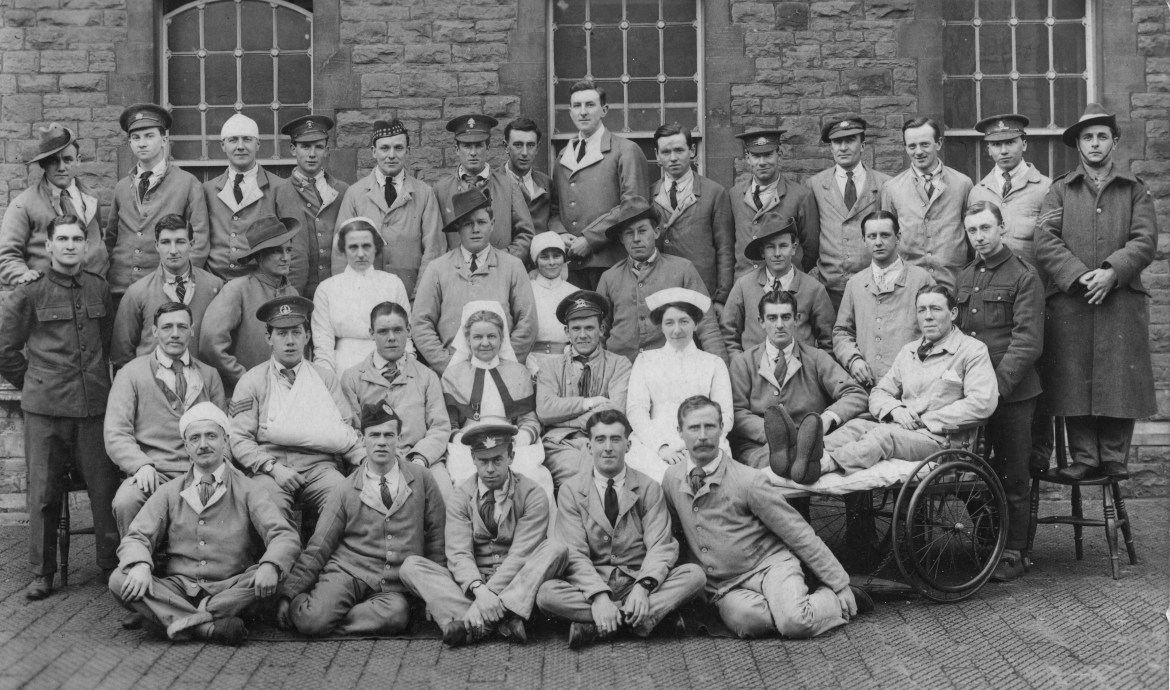 Sadly there are no lists or hospital archives from The Beaufort War Hospital. Military hospital records were destroyed in the 1920s, viewed by the War Office as of little interest as they concerned the Home Front. In addition, only 40% of British Army Service Records survive- the archive was destroyed by enemy bombing during the London Blitz during the Second World War.

Our research on the soldiers who came to Beaufort begins with the autograph books. From these we compiled a list of names. We have discovered some of their stories from online databases, internet searches, and material from Museum visitors.

We have been more fortunate with soldiers from Australia, Canada and New Zealand. Their Service Records are online:

Australian Airmen
We have also been researching Australian airmen who trained in Gloucestershire. In these early days of aviation there were frequent accidents, and some of the airmen were treated at Beaufort, their names appear in our autograph books. For further research on Australian Airmen is available in The Beaufort Archive at The Glenside Hospital Museum.