History is often portrayed as a series of narratives in which great men (and they always seem to be men) changed the world with their strength and leadership, intellect or malevolence. This view of history has been challenged, as economic, social and cultural factors can be shown to be more influential than the actions of an individual. In my study of the Bristol Asylum many factors including the increase in population, urbanisation, industrialisation and the development of biological science were behind the establishment and nature of the asylum. I therefore did not expect the degree to which the asylum changed when the first medical superintendent, Dr Stephens, was replaced by Dr Thompson in 1871.

In several ways they were similar, as they were both white, middle-aged men who came from the privileged section of Victorian society. As the men in charge of the asylum, their understanding of psychiatry and attitude to patients had a profound effect on the way patients were treated. It was here they differed and one striking difference was their diagnostic criteria. These were so far apart for a number of conditions, including the most common, dementia and mania, that any evaluation to ascertain what was wrong with someone was almost impossible.

Dr Thompson also differed from Dr Stephens in his evaluation of patients’ health on admission. Differences in the doctors’ viewpoints are highlighted further by the admission notes from the third medical superintendent, Dr Bentham, as illustrated in Fig. 1. Dr Stephens considered that 31% of admissions were in fair health in 1862, but by 1880 when Dr Thompson was in charge this had dropped to 2%, rising in 1898 to 65% with Dr Bentham. The health of people admitted to an asylum may have varied across the 40 years but it is unlikely that they varied as much as these figures suggest. The differences therefore are more likely a reflection of the doctors’ criteria of what constituted health. Dr Thompson seems to have been a pessimist or held extremely high standards on what constituted good health. Alternatively, he may have calculated that if the patients were assessed to be in poor health on admission, the asylum could be seen as doing a good job if their health improved on discharge.

Fig. 1 Assessment of physical health in the selected years,

There is some evidence that Dr Thompson had a different attitude to women than Dr Stephens. Figures from the asylum reports (Glenside Hospital Museum Library, 1860–1869, 1870–1889, 1890–1898) show that in the last two years of Dr Stephens’ tenure there were 21 males and 8 females placed in seclusion but in the two years after Dr Thompson took over this changed to 52 females and only 17 males. This could be because there was less violent behaviour or that the asylum coped better with violent behaviour during Dr Stephens’s time or perhaps Dr Thompson, recorded to be ‘a rather self-important individual’, initiated a period when women’s behaviour was to be feared or punished.

Dr Stephens had wider interests. He wrote a book on a type of fungus called Palmella Prodigiosa and an article ‘On the Mycology of the neighbourhood of Bristol’.  He was also active in the Moravian church and presented them with an ancient atlas, part of which is reproduced below. 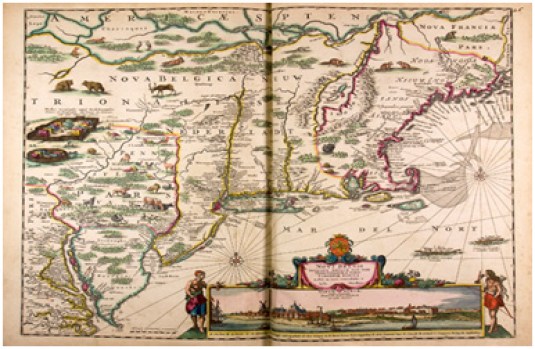 While the changes in analysis and treatment from Dr Stephens to Dr Thompson can be linked to their personalities and views, they also reflect a change in society’s attitude to asylums. During Dr Stephens’s time, the ideas of Moral Management were very much in vogue with most new asylums endorsing their principles, included an optimistic view of the prognosis for asylum patients. Later in the century, the asylums began to increase in size and were filled with chronic patients who had no chance of recovery. This produced a much more pessimistic outlook according to Andrew T. Scull in his book Museums of Madness: The Social Organization of Insanity in Nineteenth Century England (London: Allen Lane, 1979, pp. 188–194).

Asylums started slowly to adopt a more medicalised and less humanistic view of mental health problems. Dr Thompson epitomised this trend with his interest in a range of new medical treatments and he was a pioneer in the use of the sphygmograph, which was a primitive form of pulse measurement (see Fig. 2 below). This he applied to many different conditions but thought it particularly useful in treating General Paralysis of the Insane (GPI). 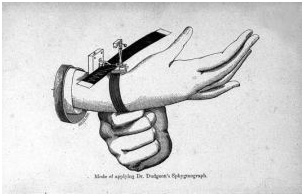 After using the device on a number of patients with GPI, he concluded that it was ‘a disease owing to a considerable extent to persistent spasm of the vessels’. George Thompson, ‘The Sphygmograph in Lunatic Asylum Practice,’ West Riding Lunatic Asylum Medical Reports 1 (London: J & A Churchill, 1871): pp. 58–70.

Dr Thompson felt that if this spasm could be eliminated it might prove to be a cure and, to this end in 1871, he treated the patients with the calabar bean. He initially reported some success but was later forced to admit he was mistaken. He later used jaborandi, also with little success (Donal Early, Pauper Palace, p. 18). Sedatives, including morphine, were increasingly used during Dr Thompson’s period. The drug most used at Bristol Asylum and whose use was pioneered by Dr Thompson was hyoscine. In an article in the Lancet he states it had been recommended as a sedative and several of his contemporaries advocated its use as such. He used it to treat mania and detailed the beneficial effect it had on several patients.

Our two doctors were very different people and their differences affected the lives of the patients. The asylum seemed to become a less optimistic and more authoritarian place under Dr Thompson. Perhaps they were a reflection of their decades. During Dr Thompson’s time psychiatry was slowly becoming a medical discipline, a trend which escalated in the 1930s and, it could be argued, a trend which we have still to recover from.