'The stretcher-bearer ferried him from hell, A wounded soldier the blast of a shell.' Stretcher-bearers are the unsung heroes of the First World War. They were often considered to be nothing more than a porter, but they were in fact[...] Read more Those wearing the Red Cross arm band, Gave many- a soldier a helping hand!   The Red Cross logo that we are so familiar with today, is the same design that has been seen since early 1900s. This white cotton[...] Read more 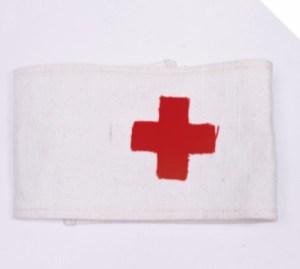 For those of you who have not yet visited the Museum, or are unable to get here, this post gives a real flavour of what to expect when you come. It originally appeared on Imperfect Cognitions, the blog run by[...] Read more NOT TO BE USED ON CLOTHES! This is a message that can be seen on every label of Monkey Brand Soap. So, if not for clothes then for our bodies? Wrong again. Monkey Brand Soap was to be used to[...] Read more 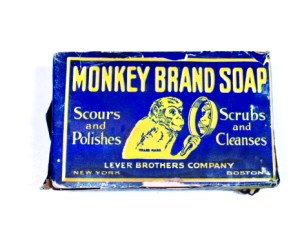 The National Lottery Heritage Fund have supporting us to produce an activity learning package for schools and other organisations to hire, using our handling collection which includes the Hot Water Bottle. Most of us have a hot water bottle somewhere[...] Read more 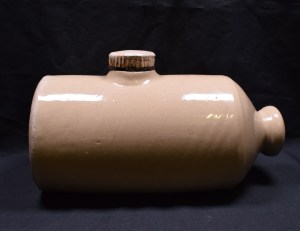 The National Lottery Heritage Fund have supported us to produce an activity learning package for schools and other organisations to hire, using our handling collection which includes Thomas' Splint. The Thomas Splint at Glenside Hospital Museum is a favourite. Like[...] Read more By Dr Paul Tobia Whether the local press reflects public opinion in the late 1800s it is difficult to know because there are rarely any other sources, but they do give an insight into attitudes to mental health care. Bristol[...] Read more 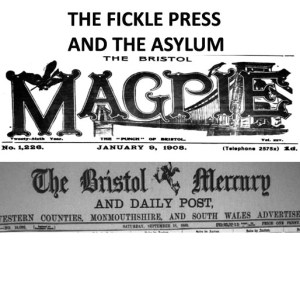 ALBERT JAMES HOME (1846-1910) By Robert Home Albert James Home was born in Midsomer Norton, Somerset, then a mining town and new railway hub. The only child of William Home (1809-1880), a brewer's commercial traveller, and his wife a local[...] Read more Glenside Hospital Museum houses collections relating to the history of mental health care, set within the grounds of the building which opened in 1861 as the Bristol Lunatic Asylum.

The exhibits are housed in the hospital chapel, a Grade II listed building built in 1881 for the patients. Bristol Lunatic Asylum underwent several names changes including Beaufort War Hospital, Bristol Mental Hospital and Glenside Hospital which closed in 1994, and now the building is occupied by the University of the West of England Faculty of Health and Social Care. Since the 1880’s Nurse Training has been delivered on this site.

Throughout its history the building has gone through many changes, but looking at the warm grey pennant stone you can easily imagine the lives of the many people who have lived and worked here.

The Museum also houses the stories from the Stoke Park Colony of Hospitals for people with Learning Disabilities1909 – 2000.

The large collection of artefacts, photographs and information provide a picture of life and work in the former hospitals, including the three years (1915-1919) when the asylum became a First World War hospital.

Artists in Residence September 2016 – April 2017: alldaybreakfast have been working at the museum and with our visitors to explore our collection and what it means.

History of the Museum

The museum was founded by Dr Donal Early, a consultant psychiatrist at Glenside Hospital. Objects and documents were saved and collected from all corners of the building and beyond. The collection was first displayed on the balcony in the dining room of the hospital in 1984. 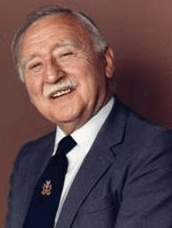 Dr Early’s book “The Lunatic Pauper Palace” Glenside Hospital Bristol 1861-1994, is a fascinating read about the history of the building and the tensions of running a mental health hospital.

When the hospital closed in 1994, the use of the derelict chapel was given to the museum on a peppercorn lease which continues today from the University of the West of England. The chapel was in a very poor state of disrepair, all of the stained glass windows were boarded up and the interior of the chapel had become home to pigeons and squirrels. The volunteers set to work scrubbing the floors, removing the boards from the windows, placing the exhibits on the pews. In 1997, when the Stoke Park Hospitals for Learning Disabilities closed members of the museum staff brought items of interest to add to the Museum’s collection.

In 2009, following the lead being stolen from the roof, the museum was closed. The collection was put into storage while the lighting, guttering and roof were renewed. With the help of a team of volunteers, Luke Pomeroy, a young volunteer re-designed and re-built the layout of the museum, deferring his MA at Leicester University in Museum Studies. He has gone onto work at the Science Museum and Museum of London.

In 2010 the refurbished museum was re-opened. It is a regular destination for people on Bristol Open Doors Day every September, receiving hundreds of visitors.

The museum was successful in gaining a Heritage Lottery Grant in 2011 to collect memories of Glenside Hospital from those who lived and worked there. This has enabled the Museum to collect over 60 interviews giving many perspectives. These are available for those researching or wanting an better understanding of the history of mental health care. The museum continues to collect memories from anyone that worked or visited the hospital, so please contact us if you have a story to tell.

In 2013, the Museum gained a grant from Esmée Fairbairn Collections Fund to explore the period 1915 – 1919 when the hospital was requisitioned by the War Office and the building became Beaufort War Hospital, made famous by the artist Stanley Spencer who as a young man was an orderly there and painted pictures of the hospital for the Sandham Memorial Chapel. The museum has an exhibition on the First World War, displaying some of the collection of postcards and artefacts as well as stories about the people who were there. If you know of anyone in your family who came to Beaufort War Hospital we would love to hear from you, even if it just a name, or sentence or two to add to the collection.

In 2015, the Arts Council England gave the museum funding to continue to develop. It gained Full Museum Accreditation in October 2016.

In 2016 – 2019, with another grant from Esmée Fairbairn Collections Fund we are looking at the importance of documentary drawing and develop closer links with other museums and collections using our unique collection of drawings by artist Denis Reed (RA, RWA) an a patient at Bristol Mental Hospital in the 1950s. With funding from AIM through the Pilgrims Trust, 15 drawings are being conserved and the drawings will tour for two years alongside drawing workshops supported by Bristol City Council’s Imagination fund.